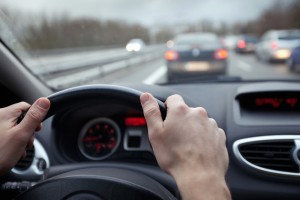 Among the many things that add to a driver’s frustration, one of them is probably getting stuck behind someone driving slow in the left lane. This is a common situation on the South Florida roadways that can often lead to aggressive driving or road rage. Despite the signs on the highways reminding slower drivers to stick to the right lane, sometimes the warnings go unheeded. Driving slow in the left lane could result in a fine of at least $121.

Driving slow in the left lane not only impedes traffic flow, it could prove dangerous. Despite the prevalence, it is difficult to enforce because law enforcement remains unaware of it unless their vehicle happens to be the one driving slow in the left lane. Hence, it’s not as easy to spot as a driver caught speeding using a radar gun, for example.

Back in 2014, Florida legislators tweaked the law, transforming the left lane into one that’s meant for passing, not cruising unless the right lanes are obstructed or there is congestion. Slow drivers should also be aware that fellow drivers are legally allowed to flash their high beams as a means of “asking” drivers to move to a right lane so they may pass. However, flashing the lights aggressively while also tailgating the slower driver may result in a ticket.