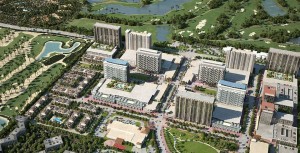 South Florida is notorious for its chronic traffic problem, but the city of Doral is among the top when it comes to cities with the worse bumper to bumper traffic. Back in March, the Miami-Dade County Commission reached out to the Metropolitan Planning Organization to finance and conduct a 90-day study in Doral in an effort to identify the best roads for a reversible lane pilot program. However, it was discovered that there was already a countywide study being conducted that began back in December.

A major benefit of reversible lanes is that they can be adjusted to travel in different directions based on the current level of traffic congestion. For example, certain lanes may be used to direct traffic heading eastbound in the morning and then switched to head westbound during afternoon rush hour.

Per the planning organization, the countywide study is aiming for a completion date some time in September, but there are no concrete details as to when the pilot program would roll out. If everything goes according to plan, officials in Doral are looking to make Northwest 25th Street west of 87th Avenue one of the first streets to test the pilot program because of its heavy traffic volume.

Reversible lanes aren’t entirely new to Miami-Dade. Sun-Life Stadium in Miami Gardens has used them sparingly to direct traffic just before and after a game. How do you feel about Doral’s future traffic plans?