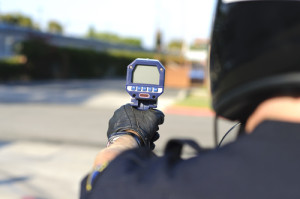 It’s well known that South Florida drivers do like to hit the accelerator, it’s only one of the many characteristics that have come to define their not so sterling reputation.  If a police officer stops a driver and issues him or her a ticket for alleged speeding, there is the option of attending traffic school as a means of potentially preventing one’s insurance premium from increasing.

Although very few people would voluntarily attend four hour traffic school, there is at least the option of attending one that’s fun, like Improv Comedy Traffic School for example. After completing traffic school, passing the test, and sending a certificate of completion to the clerk of courts, the question is: were the traffic classes genuinely effective?

According to the Florida Department of Highway Safety and Motor Vehicles (DHSMV), the traffic school classes do in fact work.  How so? The DHSMV takes into account the driving records of individuals that participated in a class eighteen months before and after attending and then compares these records with those from a general population.  The study does in fact show improvements for former students.

Have you attended traffic school and if so, do you feel the classes have made you a better or more aware driver?  Let us know in the comments!