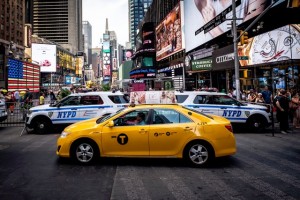 You most likely have already seen numerous cars with an Uber logo sticker on the bottom corner of the windshield and did not think much of it. But you may be surprised if you suddenly saw red and blue lights flashing from the inside followed by one or two uniformed officers step out of the vehicle in question.

This happened in Liberty City for the purpose of pulling over speeding drivers. The Miami PD is not the first one in the nation to go undercover using a well-known disguise; police in Philadelphia plastered fake Google Maps stickers on the doors to appear as if they were photographing for Street View. Their reason for doing so was to scan license plates of motorists.

This begs the question as to whether these techniques are ethical or legal. A spokesman for Uber declined to comment on the story but stated that the company had no knowledge of the situation. Dennis Kenney, a criminal justice professor at John Jay College and a former Florida police officer says that he doesn’t know of any law that would prohibit that, only if the companies they are posing as object to it, which neither Google nor Uber have done.

This update is brought to you by the Miami traffic ticket lawyer team of team of Hochman & Goldin, P.A. We can assist you with criminal traffic violations and are ready to answer your questions. Please call 305-515-5247 to speak with a Miami speeding ticket lawyer today.