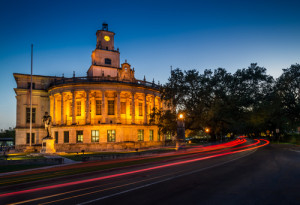 The next time you drive through the city of Coral Gables, make sure you take a good look at the speed limit. In an effort to address speeding and reduce the odds of serious pedestrian injuries, the city is about to drop its speed limits across most areas from the already common 30 miles per hour. The decision follows a similar safe-streets-through-slow-speed initiative taken by other cities like Boston and New York.

Coral Gables will lower its posted speed limits on residential streets to 25 miles per hour and 20 miles per hour, the latter relegated to some of its upscale gated communities like Cocoplum and Gables Estates which have public streets. By default, the speed limit in places that don’t have posted signs is 30 miles per hour. The city commission has already given the idea a preliminary okay vote, with a second and final vote set to follow soon.

Five miles may not seem like a major difference, but it could go a long way in terms of saving lives. Studies have shown that 30 miles per hour can make a critical difference between life and death or a major injury should a pedestrian be struck by a motor vehicle.

Opponents of the decision suggest that the lower speed limits will only result in a greater amount of rage and allow police to issue more speeding tickets.