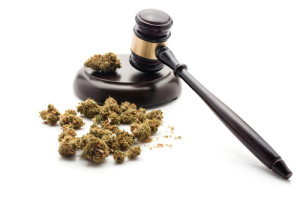 Laws regarding marijuana in the state of Florida are in a state of change, and Broward County is one of the latest counties in the Sunshine State modifying its stance on marijuana.  In the past, being caught with possession of marijuana meant being subject to potentially severe penalties, but there are plans in the works to change such laws.  In November, Broward commissioners came to the decision to reduce the penalties that come attached to small-time possession of marijuana.  It will now be considered a civil citation instead of a misdemeanor arrest if the amount in possession is no greater than 20 grams.  There must also be no record for driving under the influence, a felony, or a domestic or violent crime.

Modification of these mortgage rules is meant to prevent the odds of possibly ruining someone’s future because of a jailing or arrest due to what could be considered a minor infraction.  Broward County follows in the footsteps of other states that have also taken steps to decriminalize marijuana in certain situations.

It’s important to note that the civil citation option can also be used up to three times, and each citation will carry a higher fine starting at $100 up to $500.  A fourth citation will be considered a crime and the  alleged criminal will have to be screened for drugs and receive treatment or drug education.  The person could still be arrested for marijuana possession, though it will remain a law enforcement’s discretion on how to deal with offenders.